The Northern Lights, also known as Aurora borealis, occur in the northern hemisphere, that is, they always leave from west to east and in polar areas. Today we will try to explain what they are, how they arise, how many days a year there are on average and some more things. To book the tour with us click here.

The first thing we are going to tell you is how an excursion hunting for the Northern Lights with us would be.

The Northern Lights excursion begins, picking you up from your accommodation, we want your activity with us to be as easy as possible without having to go to pickup sites. Once we are all with the guide, maximum 9 people per group, we want to offer you a family experience so that you can feel at home and be able to ask what you want. Once mounted in the van we start the journey north in search of the wonderful northern lights, we are of those who are not in a place waiting for the miracle to happen, if not, we move to different strategic places where we know that the Northern lights make their presence, we move to 3 different places, in one of them we will have a small picnic where we can make a small bonfire, make our own sausages on the fire, we can warm up with hot drinks from the area, cookies, typical snacks Lapps and of course in case of seeing the northern lights, the photo with the aurora is included in the price, it is sent to you by email or we upload it to our social networks. In the excursion at all times we will have the van close to us, so if you do not worry about the cold or the little ones, in case of being cold, we can go inside the car or move to other places where we can see the Auroras inside the van with the heating on, first of all we want you to be comfortable and happy.

The excursion lasts from 3.5h to 4h, once the activity is finished we will leave you in your accommodation. We want to insist a lot on this, we are not a company that only wants to sell excursions, we want to give you unique life experiences, so that you never forget them.

Now we leave you a bit of roll, of how the northern lights are formed :)

Where does the name of Aurora Borealis come from? It comes from Aurora, the Roman goddess of dawn and the Greek word Boreas, which means north.

The northern lights in Rovaniemi or in Finnish Lapland in general, can be seen from the end of August to the end of April, as long as the weather factors help this: clear sky, solar activity and strategic areas where there is more ease for see them and of course darkness, so it is good to know that you go with experts in the area, to have a greater chance of success. That's what we're here for, to help you have a high success rate.

Here in Finnish Lapland, there is an average of 200 days a year to see them, there has to be good conditions, one of the most important is darkness, that's why in summer even though they are in the sky they cannot be seen .

From mid-May to mid-August there is always light, this is known as the midnight sun, the sun never or just falls from the horizon. Something that is quite annoying for those of us who were not born here :), the biological clock goes crazy and it is quite difficult to sleep or follow your normal life rhythm, after a few nights counting sheep and not being able to sleep in the end you fall asleep.

How is this phenomenon created in more scientific terms? We will try to explain it to you, but it's not worth falling asleep guys :)

After the spectacle of shapes and colors of a Northern Lights, a race of electrons charged with energy is hidden that until now scientists had failed to explain. A team of physicists from the Massachusetts Institute of Technology has conducted a computer simulation that solves the mystery and will also help predict the super-energy electron currents that circulate through space and can cause damage to satellites.

When the solar wind collides with the Earth's magnetic field, it stretches as if it were an elastic band and accumulates all the energy inside. There comes a time when the magnetic field lines reconnect and suddenly release all this energy, which propels electrons back to Earth. When these accelerated particles collide with the upper part of the atmosphere, the plasma called aurora is generated, causing the display of brightness and colors that can be observed at the poles at certain times of the year. An incredible show but if it weren't for the atmosphere, there would be no life on earth, are pretty but dangerous guys.

The northern lights can have many shapes and sizes. They can be seen from a few seconds to hours dancing in the sky, they can be of various colors: pink, reddish, purple, white but the most predominant color is green.

The first time I saw them was something magical, I had a strange feeling inside me and the only way I had to express that happiness was crying! It is difficult to express it in words, for me it was something unique. Being in the middle of a snowy forest, lying in the snow and enjoying this magnificent spectacle made me feel so small, that now every time I see them I feel that same feeling, just like the first day.

See how they change shapes and colors, see them dance, it's as if they had a rehearsed choreography. For me it is something that you have to experience once in a lifetime.

The natives here, called Samis, have their own history to explain how the auroras are created. According to the legend when the foxes climbed the hills of the mountains, waved their tails against the moss and from there came a kind of magic glitter from where the northern lights appeared.

Finally, tell you that when you come to see them it is very important to dress in warm clothes since we are outdoors during the whole excursion. (If you want more information about what to wear, we have our first blog talking about it, clicking here).

We hope we have helped you and we are available for any questions you may have. We leave you some pictures made by us to put on your long teeth a bit :)

Until next time and thank you all for reading! 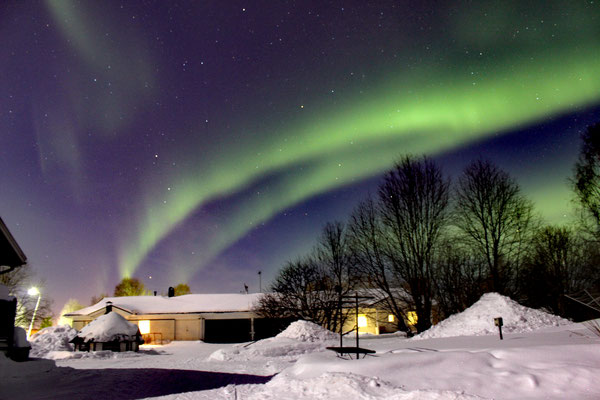 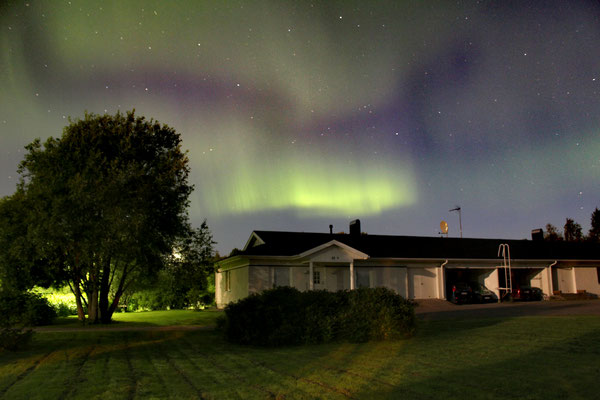 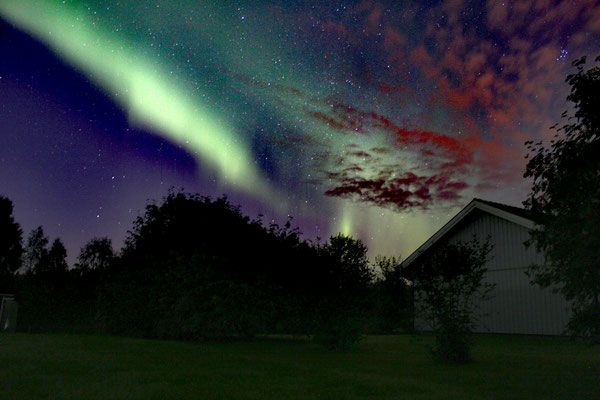 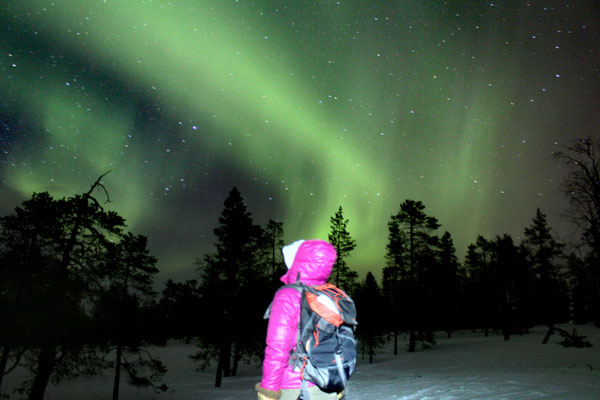 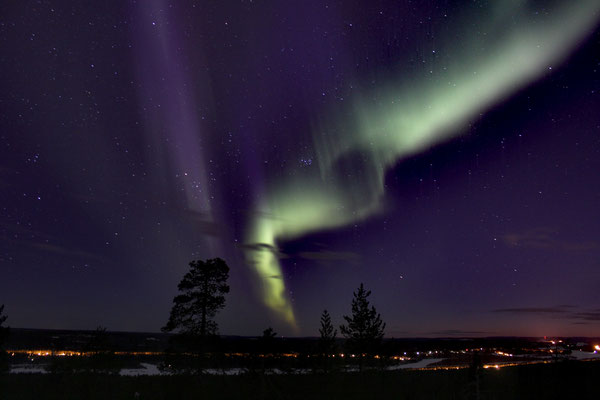 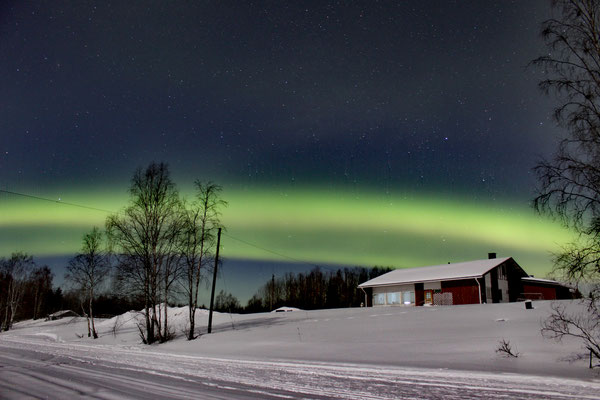